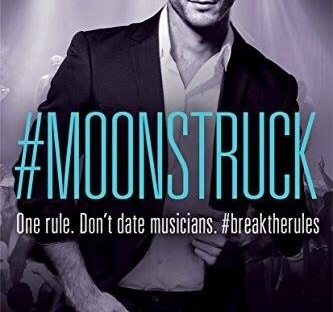 Over one million “likes”—but only one of them matters.

After pop star Ryan De Luna praises Maisy Harrison’s YouTube cover of his classic hit, he offers Maisy and her fledgling band the opportunity of a lifetime: to be his opening act.

Music may be Maisy’s life, but she has one ground rule: never date a musician. That goes double for a heartbreaker like Ryan. If only she didn’t feel so vulnerable to his larger-than-life charm. And maybe now more than ever, when he asks for her help to shake off his playboy image. How can she resist playing the part of his fake girlfriend for the duration of the tour?

Ryan’s never met anyone like Maisy. She sees past all the star-studded fame and treats him like any other guy. And the more time they spend together, the more he finds himself falling for her. Now he’d like to make their imaginary fling an IRL thing. But can he convince her to take a chance and trust him with her heart?

I was granted a copy of the book via NetGalley. This was my first book from the author!

Another one rock star romance. This genre is starting to really grown on me!! Ryan De Luca is a rock/pop star, widely famous. Maisy Harrison, is a nobody in the music industry; she has a band with her brothers.

Maisy is seriously against dating musicians, after her father cheated at her mum and abandoned them. Ryan is exactly what she hates, or isn’t he? Even though she wants to hate him, she just can’t help being attracted to him.

After a series of events, Ryan offers Maisy’s band the opening act at his tour. The question here is: does he do it to get in her pants or is he genuinely believe that they are good? The answer is both! He respects her as a musician but he’s attracted to her as well. Except from the opening act, Ryan has another proposition for Maisy; to be his fake girlfriend in order to save his public image. If you didn’t figure it out yet, this is just an excuse, he’s just too coward to really ask her out! Despite all her rules, Maisy agrees. After all as Ryan said, rules are meant to be broken!

When Maisy had the allergic reaction and Ryan freaked out, he finally let his true feelings shine. However, he can’t resist to be a jerk after and ignore her (and they tell me that women are complicate!). I was genuinely happy for them until everything comes crashing down. I was seriously frustrated with Maisy, she was so unfair with him.

All in all, I really liked the book! It’s dramatic, steamy and sweet at times. I laughed so many times because of Maisy’s brothers and how overprotective they were of her! A very good rock star romance you should grab today!!

Check out my reviews at NetGalley and Goodreads!